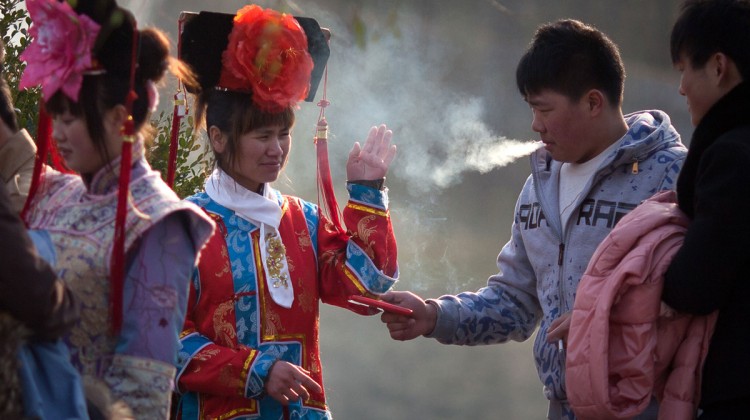 May soon have to go outside the country to smoke

The world’s biggest consumer and producer of cigarettes will follow the example of its major cities like Beijing and Shanghai to implement a nationwide smoking ban at the end of this year.

The publicity head of the National Health and Family Planning Commission, Mao Qun’an, made the announcement at press conference at the 9th Global Conference on Health Promotion in Shanghai. “The nationwide regulation to control smoking in public is undergoing the legislative process and is hoped to be announced and carried out this year,” said Mao.

See Also: If You Smoke on Chinese Trains, You Could be Banned for Life

Under the terms of the nationwide ban, smoking will be prohibited at all indoor public venues, workplaces and public transportation facilities. Smoking will also not be permitted outdoors in places like primary schools, kindergartens, children’s training institutes, historic sites, children’s hospitals and stadiums. Personal violators may be fined up to 500 yuan (US$73), while companies caught allowing smoking on their premises may be fined up to 30,000 yuan and may even be stripped of their business license.

A draft for the national smoking ban had first been proposed to Chinese lawmakers in 2014. Mao said the biggest obstacle to the proposed regulation had been the public’s lack of awareness about smoking health dangers, which has since improved.

See Also: Smoking Still Rampant in Shanghai… Even in the Office

When the nationwide smoking ban was proposed this past summer, the ban was criticized for allowing establishments the option of setting up segregated smoking areas. “That’s like setting aside a peeing area in a swimming pool,” said Cui Xiaobo, deputy director of the Beijing Tobacco Control Association.

Other measures aimed at reducing smoking in China included a 2015 cigarette tax, credited for lowering consumption by three percent.

Enforcing smoking bans already in place has been a difficult, yet lucrative task.

With over half of all men in China estimated to be smokers, cigarette use in China has been blamed for a growing epidemic of smoking-related health problems. A medical study published in the Lancet medical journal suggests that up to a third of all Chinese men will die from smoking unless they immediately quit.

The World Health Organization (WHO) says a million people in China die of tobacco-related illnesses annually, with second-hand smoke contributing to some 100,000 deaths each year.