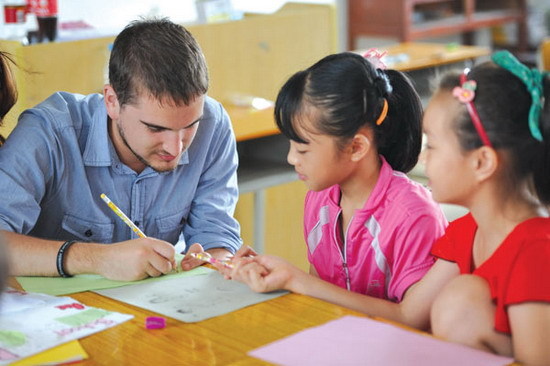 Authorities in China are considering banning for-profit private schools for students between grades one and nine.

China’s top legislature is debating a revision to the 2002 Law on the Promotion of Non-Public Schools that would limit the country’s private schools to students in kindergarten, grades 10 to 12, and university.

The revision comes after Shanghai authorities told 21 international schools to adopt state-sanctioned educational subjects as part of their curriculum. If the proposed law is passed, about 10,200 private schools and 12 million students in China will be affected.

Private schools would become exempt from the proposed ban if they registered as non-profit schools, but doing so would require government approval on the setting of tuition fees, putting private schools at a disadvantage.

Wu Hua, head of the Research Center of Private Education at Zhejiang University, believes the revision will be passed, thereby limiting options for Chinese parents wanting an alternative to the rote-teaching of public schools.

“The proposed law sends a signal that for-profit schools are unwelcome in China,” said Wu. “Even if they switch to non-profits, they would face challenges in terms of acquiring land and struggle to operate without preferential tax policies.”

In January 2015, Education Minister Yuan Guiren said that Chinese universities should maintain “political integrity” and never “let textbooks promoting Western values appear in our classes.” Without being specific, Chinese President Xi Jinping said in a speech last December that hostile forces were attempting to subvert the Party’s rule and faith in Marxism, Socialism and Communism.

By comparison, some Western schools are becoming more Chinese in their approach to education. This past July, the UK decided to adopt Chinese teaching tactics as part of its schools’ mathematics curricula.

Meanwhile, some Chinese schools are attempting to cater to parents wanting an international education for their children by opening campuses in the USA.

China Opening its Own Schools in the US for Chinese Students

China Makes Football Mandatory In Schools As It Dreams of Championships