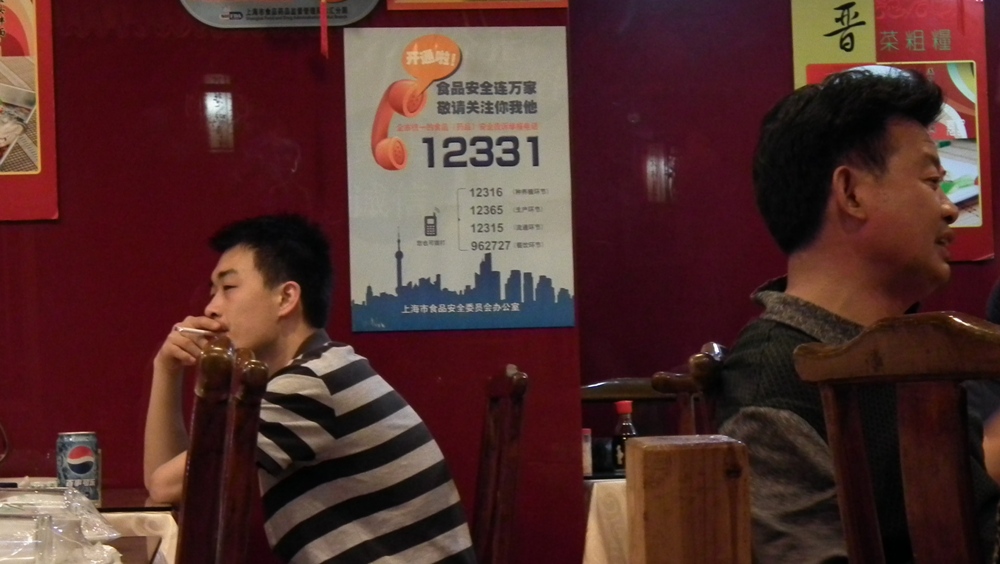 Majority of residents favor the ban

With China’s annual legislative and political advisory sessions going on in Beijing, the air is full of optimism towards the newest laws that could soon be implemented. Among these proposals is a city-wide ban on smoking in Shanghai, a continuance of the growing trend of anti-smoking rules across China.

Shanghai is set to follow cities like Guangzhou and Beijing, which have enacted smoking bans that prohibit smoking in all public venues and workplaces including bars and restaurants.

Vice director of the Shanghai Health Enhancement Commission Li Zhongyang told a press conference recently that the public is fully in support of an inclusive smoking ban. “Surveys conducted last year found that 94 percent of residents support a complete ban, and the smoking rate in public areas dropped to 13 percent last year from 38 percent before the execution of the current law,” he said.

See Also: With Beijing’s Smoking Ban in Place, Shanghai is Considering One of Its Own

Plans for a Shanghai smoking ban have long been in the pipeline. Last year, a survey conducted by the Shanghai Health Enhancement Commission that attracted over 25,500 responses found 93 percent of Shanghai residents are in favor of a ban in indoor public areas.

Shanghai’s current anti-smoking regulations only forbid smoking in 13 public spaces such as primary schools, kindergartens and children’s hospitals. Clauses under the current smoking law allow restaurants with 75 seats or more and businesses over 150 square meters in size to designate smoking and non-smoking sections.

With fewer smokers lighting up in Internet cafes, entertainment venues and restaurants, Li says anti-smoking laws are working. And with smoking fines lessening over time, Li said this proves there is a positive result from the law.

Last year, 201 facilities and 148 individuals were fined about 380,000 yuan in total. However, Li pointed out this is but a mere shadow of the total number of transgressions over six years since the law was first implemented. “In the past, local authorities have issued fines totaling 1.9 million yuan (US$290,000) to 971 venues and 482 individuals for violating the laws on smoking,” he said.

Beijingers were initially resistant to the smoking ban. RMB 100,000 in fines were doled out within the first month of the ban, accounting for 40 establishments and 90 individuals.

Despite the bans and taxes levied against smoking in China, cigarette companies in China provide huge incentives to the government by earning between seven and ten percent in tax revenue and employing a vast number of workers. Due to the influence they wield, they are not yet required to issue warning labels on their products.

Furthermore, it’s not clear if these smoking bans are actually stopping Chinese from lighting up. The Chinese Center for Disease Control and Prevention said last year that in both 2010 and 2015, 27 percent of the population were smokers. Furthermore, Chinese smokers have mistakenly adopted the idea that smoking menthol cigarettes is a “healthier” alternative.

However, medical evidence attesting to the dangers of cigarette smoke continue to mount. A study published in The Lancet medical journal says that a third of all Chinese men under the age of 20 will die prematurely if they do not stop smoking.

More than 1 million people in China die every year in tobacco related illnesses. About 740 million are routinely exposed to secondhand smoke, contributing to another 100,000 deaths annually.

Guangzhou may tighten smoking rules to make people butt out